These are the main Google Ads trends for 2019

These are the main Google Ads trends for 2019

The marketing experts at BehaviourExchange looked at the renewed Google Ads and identified the major online advertising trends for this tool in 2019.

The revamped of Google AdWords as Google Ads has brought many changes like more automation and smart features, such as the Smart Campaigns or the new or renewed tools of the Google marketing platform.

These updates have a lot of potential for both positive as well as negative change. Where the new features open up new opportunities for professionals, they can often lead to confusion among laymen.

It pays off to get help

One of the consequences that will increasingly result from these updates is that ads will by no means run completely automated – on the contrary, those who have delved into the system enough can take advantage of the new features and thus have an advantage over both manually created ones as well as automated ads.

However, such an approach requires a lot of previous knowledge – anyone who does not have Internet affinity or had no or few points of contact with Ads should definitely use an agency specializing in Google Ads. The additional costs pay off many times over and it saves you time to focus on your core competence.

Change of focus for better efficiency

While tools like the Data Studio can do tremendous time-consuming work and track the success of a campaign, the Google Ads expert can focus on something else.

For example, the ad text, which will become even more important in the future. This will leave more time to make your Google Ads unique and remember potential customers.

As before, many underestimate the extreme leverage effect of the campaign text. Note, however, that it is never just the text that helps an ad succeed and bring you sales and leads. It’s the big picture, what matters.

The competition will be tougher than ever

As Alphabet generates a historically high turnover of estimated $ 100 billion, mainly through ads, it can be deduced that more companies than ever have been selling ads; The advertising intensity of companies is higher than ever. This means that the competition is as high as never before.

This fact has significant consequences. For example, if you had a budget of one thousand euros five years ago and spent an hour or two a month on Ads per month, then you will certainly get back the time invested and the money invested many times over. That was cool and easy money making. It will be different in 2019.

With a thousand euros, you probably will not generate a large number of leads – if you also work with the same landing page as then, it may even happen that you have no return on investment (ROI) at all because the requirements of potential customers have changed. The competition has become clever and has looked for qualified advice. Catch up and do the same!

The rapidly increasing competition and the quality of competing Ads measures are leading to a rise in click-through rates (CPCs). And that’s something you should watch as click prices have more than doubled in the last four years. Many ranking values (click x search number x 60 percent CTR) have increased sevenfold.

Demand for quality continues to increase

What we find best about digital advertising is that quality is the absolute focus and by 2019 it will be more obvious than ever. Google honors high-quality campaigns. This is reflected in the ranking of the Google Ads ad – but it can also result in a lower click price for you.

Your target audience must be defined exactly

If this is not the case, there is a great risk that countless Internet users click on your ad and quickly decide that they are not interested. For you, this not only means unnecessary spending but also a lower ranking. Your target audience should be further narrowed down by intensive market research to increase the success of your marketing.

Don’t think in ”target groups”, think in ”profiles” instead

Anyone who still thinks in target groups is far from being in the dimension of absolute advertising efficiency in online marketing. Being one step ahead means thinking in profiles. 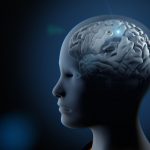 Research: ”Businesses who adopt AI could increase their value by 120 percent”

Two good reasons why your business should give AI a chance